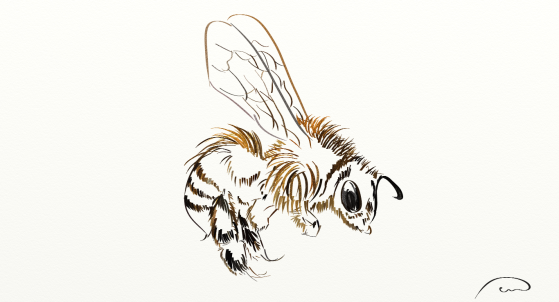 [I wrote this for DVersepoets “Poetics: Nightmare Verse” – where we were charged with writing about a recent nightmare/nightmarish situation. It was a fun exercise! I based this of a recent dream I had: I tried a as-surreal-as-I-could composition; most of my dreams are as such! Can you spot the things hidden within it? I drew the bee picture (which you can click on for a larger preview) with some new software that I’m playing around with! I’ve also made a few changes around the site, too – what do you think?]

Hello and welcome to my poetry blog "Redwater Ramblings". Don't forget to say hi in my guestbook! Enjoy, and leave me your comments.

Join Me on Networked Blogs